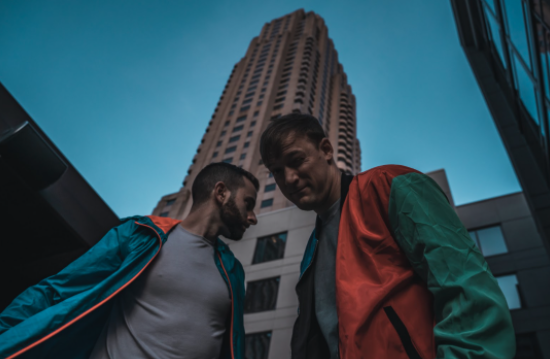 A funky fresh house jam, ‘The Reason’ combines steady kick drums with chunky, low-end bass and Kelli-Leigh’s silky vocals. It follows on from Halogen’s viral single ‘U Got That’, a TikTok sensation that amassed over 90K videos garnering millions of likes. It also clocked in over 850K Shazams, 37 Million streams on Spotify, charted on Apple Music’s dance chart in 36 countries and accumulated over 200 Million YouTube views on various videos featuring the song.

Josh Taylor and Alex Dunsker first met through mutual friends at Georgia Tech in 2013. A mutual love for house music led to them collaboratively producing music all the way through college, and the duo would go on to release music on the likes of Spinnin’ Records, Polydor Records and Universal Music Group.

Kelli-Leigh is best known for being the uncredited vocalist in the UK number one single ‘I Got U’ by Duke Dumont and ‘I Wanna Feel’ by Second City. She also featured on James Hype’s single ‘More Than Friends’ which hit top ten in the UK; as well as performing backing vocals for the likes of Adele and Leona Lewis among others.

The next chapter in the story, ‘The Reason’ sees Halogen continue their journey into floor-filling house music.