Ever wondered what Tame Impala, mixed with a bit of Arcade Fire, blended together with JUNGLE and a few Bob Moses beats thrown in-between would sound like? Well, look no further, because Gold Fields have entered the building and you should take notice. The group recently released their EP ‘Glow’ via Haven Sounds and it’s filled with hit after hit, so if you want to stay ahead of the game, you better put Gold Fields on your map ASAP, as we’re willing to bet they will blow up in 2019.

Between Spotify and YouTube alone, the Gold Fields have conjured up an impressive 13 million streams and have been a prominent component and staple to Australia’s electronic and electro-pop communities, having received vast support from the likes of MTV, Consequence of Sound, EARMILK, Triple J, Alternative Press, Baeble Music, PopMatters and more. They have also been featured on the esteemed Jimmy Kimmel Live! Show, have won Album of the Year for their 2013 debut LP ‘Black Sun’, and can proudly say that ‘Black Sun’s lead single, ‘Treehouse’ is still the most spun song on Triple J Unearthed.

Gold Fields’ EP, ‘Glow’ is filled with indie-house tunes that are set to be instant favourites upon the first listen. It mixes elements from a wide array of genres as you’ll be exposed to disco, indie, tribal music and more. Just like the jaw-dropping cover art, it’s the mix of everything that creates beauty, instead of having each soft colour apart. ‘Glow’ is a spiritual awakening, a testament to the human soul. 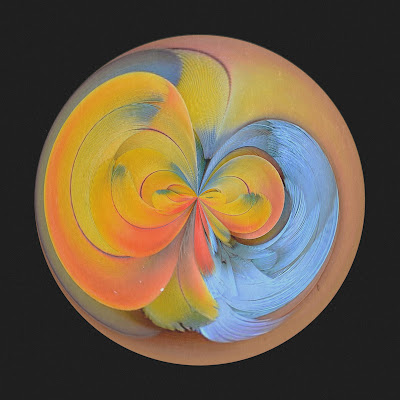 From the opening track, ‘Solar’, you’re treated to an atmospheric track, preparing you for the journey ahead. As the song grows with each bar, you feel a sense of anticipation, a sense that something big is coming. The song teases you for the first few drops, but as soon as it hits, it hits hard and drives you to nirvana all the way further. In our opinion, the best track on the EP, ‘Solar’ feels big and will burn itself into your memory for a while.
The title track, ‘Glow’ announces it’s arrival from the very first second and doesn’t fail to impress for every second that passes. A groovy track filled with ethereal vocals and funky guitar licks, this 8-minute journey will take your hand through swooping synths, driving basslines and an explosive chorus. Again, another stellar track on a truly phenomenal EP, Gold Fields strut their skills with ‘Glow’, showcasing what they’re capable of.
The closing track ‘Waterfall’ takes a retro approach to the sound you’ve been accustomed to with ‘Solar’ and ‘Glow’. ‘Waterfall’ sees Gold Fields end their eclectic EP with a euphoric praise, asking the listener to let go of everything and simply enjoy the moment. Filled with build-ups, this laidback track (relative to the previous), brings a sense of calm to the listener. It feels spiritual. Sorry TLC, but this is one waterfall you will definitely need to chase.
Gold Fields aims to let us connect with our inner fire with ‘Glow’ and succeeds in every right. Reignite your own fire, and let yourself glow, because if each of us can learn to glow on our own, the world might be a little brighter.
Listen to Gold Fields‘ Glow EP below: